How Does Free Bitcoin Mining Work?

Free Bitcoin Mining: Where do bitcoins come from? With paper money, a government decides when to print and distribute money. Bitcoin doesn’t have a central government.

With Bitcoin, miners use special software to solve math problems and are issued a certain number of bitcoins in exchange. This provides a smart way to issue the currency and also creates an incentive for more people to mine.

Bitcoin mining is the process of adding transaction records to Bitcoin’s public ledger of past transactions or blockchain. 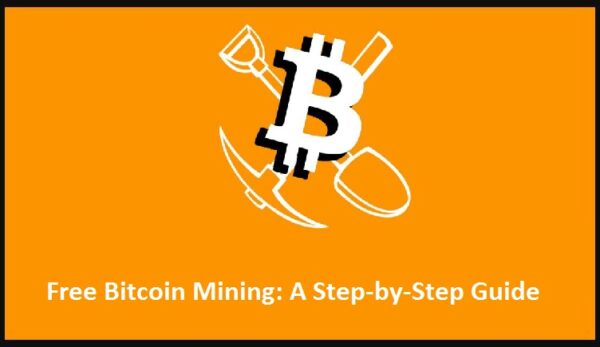 in order to add a block of transactions to the blockchain, miners must solve a complex computational math problem, also called a “proof of work.”

What they’re actually doing is trying to come up with a 64-digit hexadecimal number, called a “hash,” that is less than or equal to the target hash. Basically, a miner’s computer spits out hashes at a rate of megahashes per second (MH/s), gigahashes per second (GH/s), or even terahashes per second (TH/s) depending on the unit, guessing all possible 64-digit numbers until they arrive at a solution. In other words, it’s a gamble.

That level is adjusted every 2016 blocks, or roughly every 2 weeks, with the goal of keeping rates of mining constant. That is, the more miners competing for a solution, the more difficult the problem will become.

The opposite is also true. If computational power is taken off of the network, the difficulty adjusts downward to make mining easier. Also Check: What is Cryptocurrency?

A Step By Step Guide:

Bitcoin mining is an essential part of the bitcoin protocol. Because without bitcoin mining we cannot bring new bitcoin in the circulation. In the early stage of bitcoins, Satoshi Nakamoto mined his first block with an ordinary computer.

In the early stage of bitcoins in 2009, mining difficulty was low and fewer miners were there. But in around 2011 miners started GPU (graphical processing units used for gaming) for faster mining.

GPU became popular in the crypto industry due to its capability to do complex calculations faster. Compared to CPU, 1GPU can mine 30 times faster.

After that improved GPU version introduces called FPGA, which is 3-100 time faster than 1GPU, but it is challenging to configure FPGA that’s why it was not that successful.

Then finally, in around 2013 ASICs (Application Specific Integrated Circuits) introduced. ASIC is built for only mining as compared to CPU, GPU and FPGA It couldn’t use for anything else.

Today AISC is the fastest mining software till today. There are improved versions introduced every six months.

But only having ASIC miners at home will not help because there are heavy competitions with professional bitcoin miners. That’s why bitcoin mining pools came to existence.

The idea is simple miners group together to mine bitcoin to win constant BTC and the winning amount divided between, and thus they got steady bitcoin in their wallets. In the mining pool, even small miners can also join.

This sounds cool since you don’t have to maintain your mining rig, cooling issue, electricity problems or any other maintenance issue.

Also, there is a cloud mining portal which provides free bitcoin mining, where you have to join the portal with login or signup you can start your free cloud mining.

Bitboost is also one of the best fast bitcoin mining portal, which is a trusted by thousands of happy miners all over the world. You can also join our cloud mining portal and start your to mine your first bitcoin.

use this code for the discount  “MHwN6k”

We will add more trusted and free mining sites, you can also suggest sites that you want to be sure before starting your mining journey. All sites added here are tested and used by our team for surety. please share your experience below with the sites.